Claddagh rings are fede rings and have a long history dating back to Roman times. The name “fede” derives from the Italian phrase mani in fede meaning loosely “hands joined in faith” or “hands joined in loyalty”. The clasped hands were viewed as a promise ring used as an engagement ring or wedding ring in medieval and Renaissance Europe. The Irish Claddagh version of the fede ring has roots deeply seeded in long-standing Irish tradition. Claddaghs are world-renowned and are worn by both men and women, single or taken. The Irish Claddagh ring was named for the ancient fishing village of Claddagh, near Galway, Ireland, dating back to the 17th century. 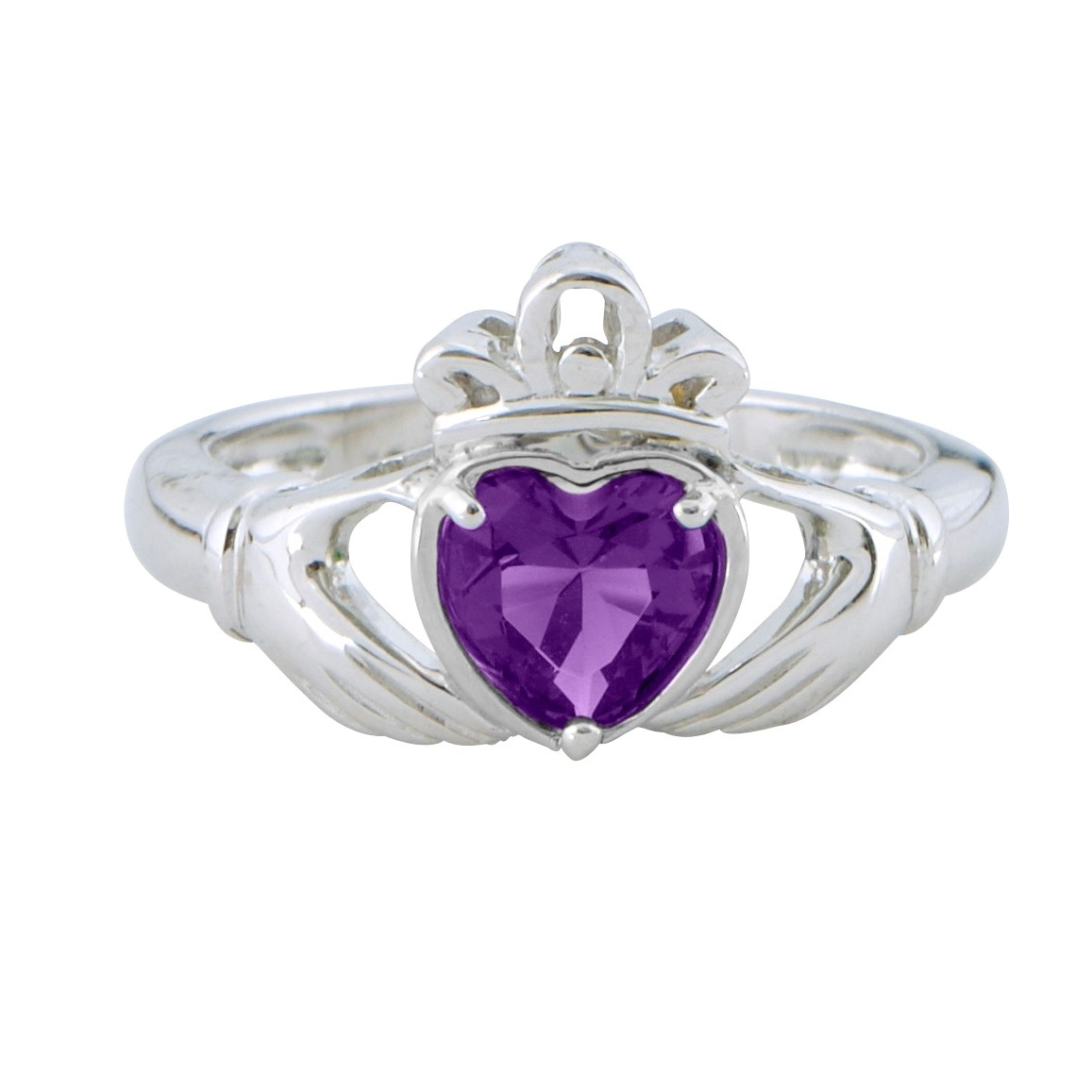 The Story of the Claddagh

As the Irish legends go, Richard Joyce, of Galway, was seized by Algerian pirates and sold into slavery to a Moorish goldsmith. The Moorish goldsmith made Joyce a goldsmith apprentice. In the late 17th century, King William III demanded the immediate release of all British slavery subjects from Algiers. Joyce returned to the fishing village of Claddagh near Galway, where he used his goldsmith skills to create the first ring as a local jeweler. The earliest Claddaghs appear to have Joyce’s mark and the initials.

Another slightly more romantic version of the tale surrounding the origins of the Claddagh ring goes something like this. Picture Ireland in the days long ago when a young man was captured and sold into slavery from the fishing village of Claddagh. Can you imagine how many years passed while he wondered if his true love waited? As the years wore on, he stole tiny bits of gold from his master to make her a ring. He fashioned a heart for love, a crown for loyalty, and hands as a symbol of friendship. Can you just picture the tiny first Claddagh ring that is made? After many years he returned home to the village of Claddagh Ireland. To his magical delight, he discovered his true love had waited for him. He gave her the ring as a symbol of love, loyalty, and friendship forever known now as the Claddagh. The Irish are known for their loves of a good story and the story of the Claddagh whichever version you believe is a great Irish tale.

The Meaning of the Irish Claddagh

There is an old Irish Blessing that goes “With my hands, I give you my heart and crown it with my love.”

How to wear a Claddagh ring